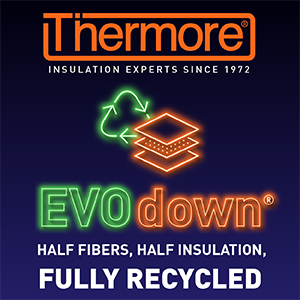 Greenwash not growth is fashion’s problem

ZUG – Global Fashion Agenda has used this year’s Davos to call on global apparel brands to “re-evaluate the fashion industry’s growth trajectory” – seemingly oblivious to the fact that growth is the raison d’etre of its ‘strategic partners’ (AKA funders). The CEO Agenda 2020, launched at Davis, is co-published by Global Fashion Agenda and its ‘strategic partners’ which include ASOS, Bestseller, H&M, Nike, PVH Corp, and Kering.

This year’s CEO Agenda looks at issues such as supply chain traceability, circular fashion systems, and biodiversity, and details the “eight most crucial sustainability priorities that should be top of mind for fashion industry leaders right now.”

But GFA says there is a particular focus in this year’s agenda: growth. Growth, say GFA, is “one of the biggest issues of our time,” and, accordingly, the CEO Agenda talks of “challenging the traditional concept of growth and prosperity.”

Indeed, we were told by GFA that executives from leading fashion brands met at Davos House for “an engaging roundtable discussion” which “centred on how to re-evaluate the fashion industry’s growth trajectory and tackle its current business model.”

So what are GFA’s strategic partners doing – not saying – when it comes to growth? Here we provide a helpful round-up:

Our conclusion: we do, indeed, need a serious conversation about growth. But this conversation cannot take place behind closed doors at Davos House; and the scope of the conversation cannot be led by Global Fashion Agenda an organisation which, as we have pointed out for several years, is part of the problem not the solution where sustainable fashion is concerned.